Posted on February 6, 2020 by wedincentralpark

John and Mark came down to New York City from their home in upstate New York to get married at Wagner Cove in December. They had been together for seventeen years before they got married. They had always talked about the possibility of being married one day, and this was the right time for them. 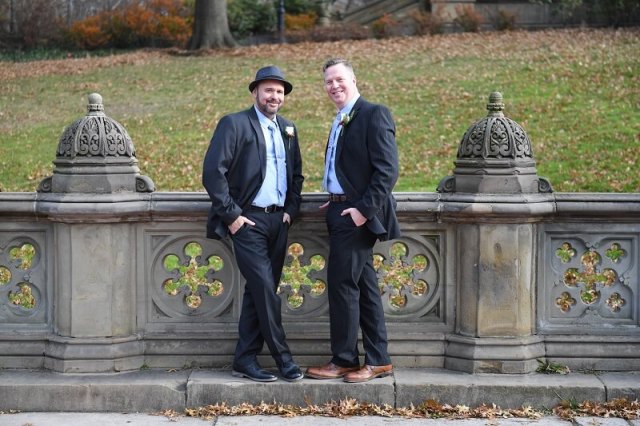 They didn’t get engaged in the traditional way. A few years ago while John was away with his work Mark ordered their rings. He had the John’s ring inscribed with some lyrics from a Tina Turner song that they both love ‘my beginning and my end’. “So this is how I guess you would say we became engaged,” said John. “Neither one of us have ever been big with labels, just our love for one another.” 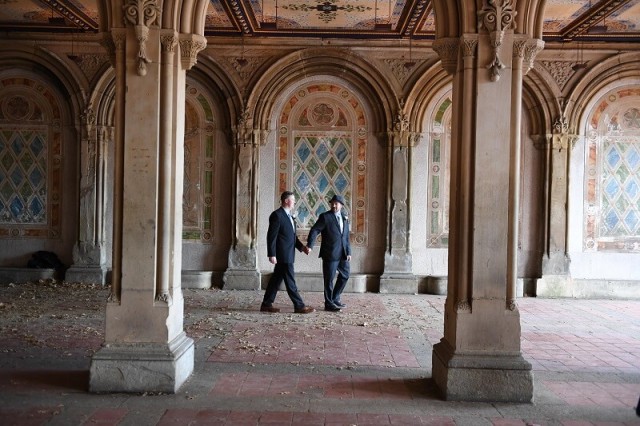 They considered a few options for the location of their wedding before settling on New York City. They looked at a few options in the Catskills. “However, after touring and looking around the area it did not seem like a good fit for us” John said. “We were not planning anything too big and honestly eloping was a great option for us,” he said.

I asked them why getting married was important to them. “Getting married for us brings our relationship to a much higher level and shows our true commitment and love for one another,” said John. “Although we always knew we would be together, being married creates an everlasting bond, which is truly a beautiful thing,” he added.

Eloping to New York City suited them both. “We are very happy with our choice to elope to NYC and would not have done any differently,” John said. They had their kids and their significant others and one their sisters as guests. “They all loved the location and the idea,” John told me. “Everyone we wanted to be present was,” he said.

They visit the city frequently, so they know it well. “We decided on Central Park because it is an iconic, romantic and beautiful place” said John. “It reminds us of telling a love story,” he said. The ceremony was held at Wagner Cove. They were certain that was where they wanted the ceremony from the very beginning, they liked its privacy.

Both grooms wore matching shirts, ties and boutonnieres with their suits. We kept the ceremony short and sweet. Although John and Mark love to talk to one another Mark is a bit shy in front of an audience, so they didn’t want to say a great deal in the ceremony.

After the ceremony their photographer Jakub Redziniak took them around Central Park for pictures. Immediately following that they went to a nearby cafe for something warm to drink as it was very cold that day. Then John and Mark went back to their hotel to change for their dinner at Joanne Trattoria restaurant, which they highly recommend. “It was very nice and cozy, plus the food was great,” John said. Then they went to some clubs afterwards and celebrated.

John told me that they often come into the city in early December to visit the Christmas markets in Bryant Park, so they did that on this visit, too. They stayed in Midtown on this visit and they stayed for three nights. They also saw a Broadway show about Tina Turner’s life, visited various restaurants, and went to some clubs on the night of their wedding. So, the celebrations lasted the whole trip. 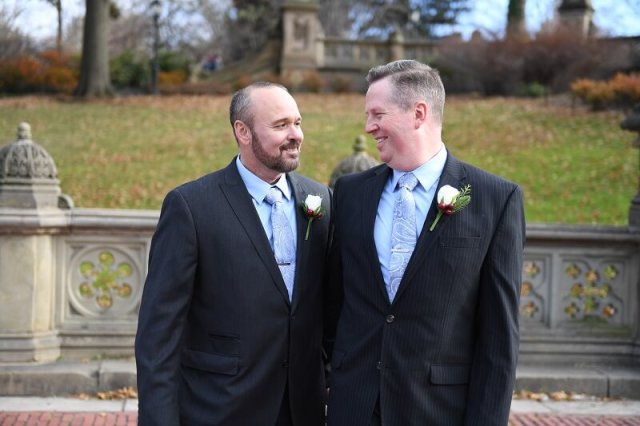 I asked John how we did. “Wed in Central Park was wonderful with helping us to navigate what we wanted to accomplish in regards to location and the type of ceremony which suited us” John said. “We were very pleased with the timeliness in responding to our several emails and questions. Overall it was so nice having some help to navigate the process. In addition, Claire did a fantastic job with paring our photographer and officiant as they were wonderful and adding a positive touch to our special day,” he added. “If you are looking to elope we would highly recommend Wed in Central Park without any reservations as Claire was great to work with.” Thanks so much for your kind words, John, it was a pleasure to plan your wedding with you, I wish you both every happiness for the future together. 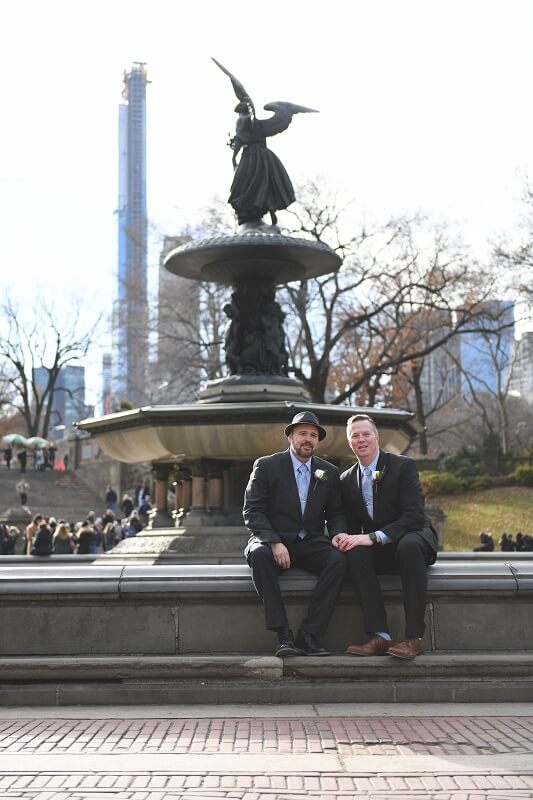 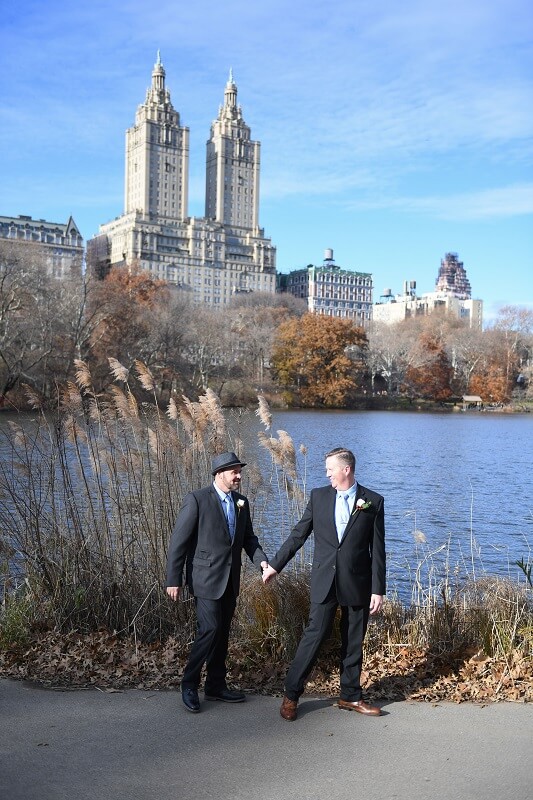