Getting Married in Central Park in May

Posted on January 28, 2020 by wedincentralpark May is a very popular month for weddings in Central Park.  It’s not quite Summer yet in New York, so there isn’t the oppressive heat that we sometimes have to deal with in the warmer months, but the weather is usually sunny and dry.  The trees, flowers and plants will have started blooming and many areas of Central Park will be looking their best.  It’s easy to see why so many couples come to New York to get married in Central Park at this time of year.

The sun is up for quite a while in New York in May.  Sunrise happens at around 5:30am and the sun sets a little after 8pm.  Some couples may want to make the most of that enjoy a rooftop bar as the sun goes down.  In high summer my photographers usually discourage getting married in the middle of the day because the sun will be too high and bright, but this isn’t too much of a problem in May.  The most popular time for weddings is the early afternoon, but in May, many couples get married in the later afternoon, around 4pm.

Central Park is a busy place, and the number of visitors to the city start to increase in May, so you might find that you get some passers-by in your photos, but you will still get some lovely shots.  There are some locations for your ceremony that are more private and out-of-the-way than others, which you may want to consider if you don’t like attention.  Because the weather is so perfect at this time of year, you could take photos at the Top of the Rock or Brooklyn Bridge Park and not get cold – these places do get very chilly in the Winter!

There are a few celebrations in May, the first being Cinco de Mayo, 5th May, a Mexican celebration and parade.  Mother’s Day is usually observed in the US on the second Sunday in May.  So, these two events wouldn’t affect a wedding in Central PArk as such, but they may affect your celebrations in a restaurant in the city afterwards.  The last Monday in May is Memorial Day.  This is a federal holiday in the US for remembering and honoring the military personnel who died while serving in the Armed Forces.  It is observed by most organisations so that weekend tends to be busy for weddings, due to couples from other parts of the US coming to town with their families to get married, because they have the vacation time from work.

The couple is legally obliged to pick up their marriage license in advance of their wedding.  They must have it at least 24 hours in advance of the ceremony.  City Hall will also be closed on Memorial Day, so keep that in mind when making plans to pick up your license if you’re in town over that weekend.

A great thing about getting married outdoors in New York in May is that you can wear pretty much whatever you like – the weather will be temperate enough for you to be comfortable in whatever you choose –  not to hot or too cold.  There’s always a small risk of rain, although it’s a fairly low risk at this time of year, so keep that in mind when choosing your ceremony location. 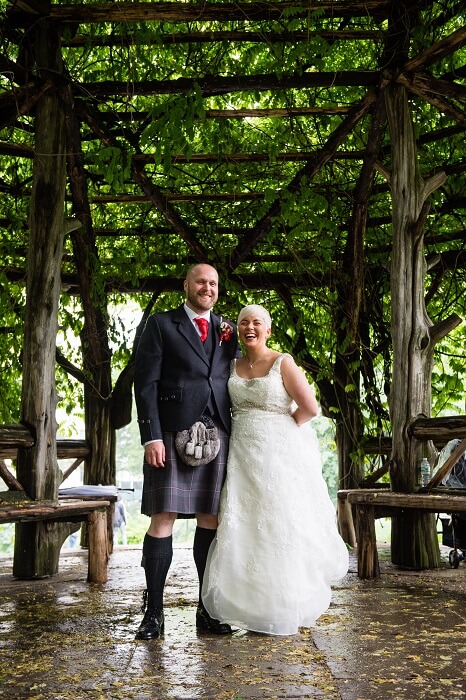 7 Responses to Getting Married in Central Park in May