Posted on August 11, 2019 by wedincentralpark Canadian couple Emily and Chris got married in Cop Cot in July. They had around forty guests at their ceremony, so Cop Cot suited their group size perfectly. The couple met online and had been together for almost four years when they got married. They live in Grimsby, Ontario Canada with their dog, Lainey. 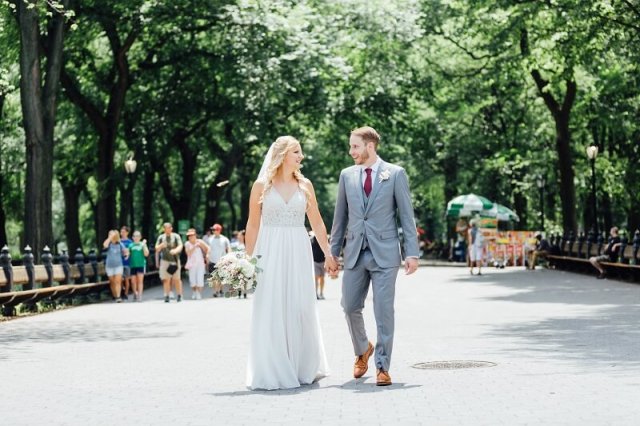 Emily and Chris got engaged on vacation in the Bahamas. They considered getting married close to home, but “we wanted to do something smaller,” Emily told me. “We wanted something unique, away from home, but not really far,” she said. 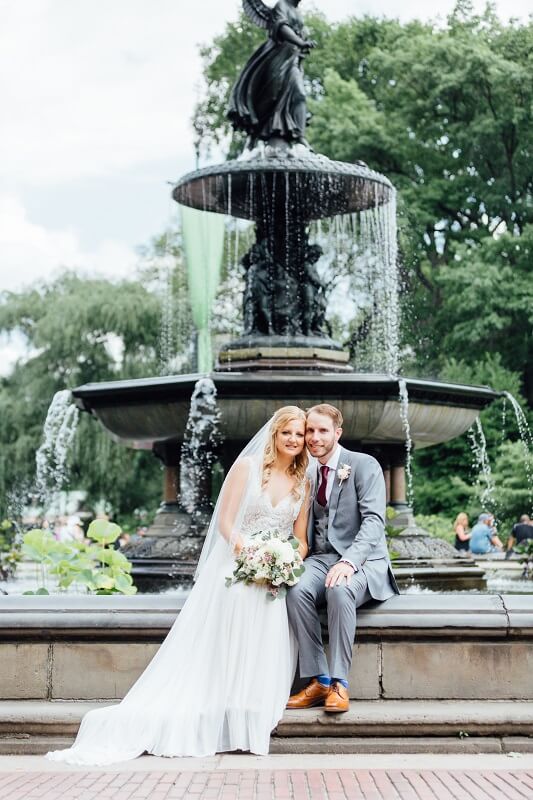 They had visited New York City a few times and they loved Central Park. Chris suggested getting married in Central Park. They liked the idea of having a wedding away from home in the sort of city that they felt confident that all of their guests would enjoy exploring and doing whatever they wanted while on the trip. 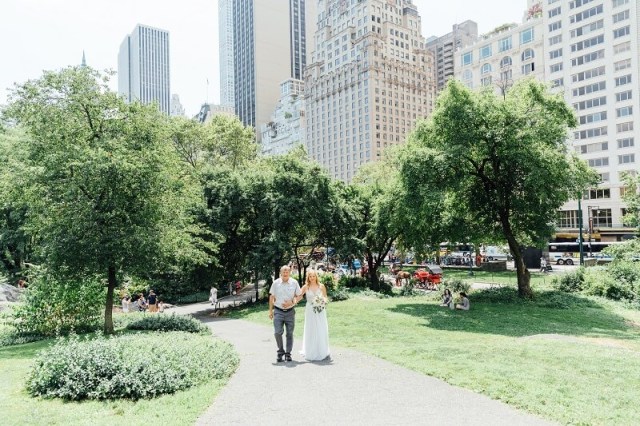 The couple stayed in the Ameritania hotel just outside of Times Square, “ we liked it because we could walk most places,” said Emily. They stayed in the city for five days. 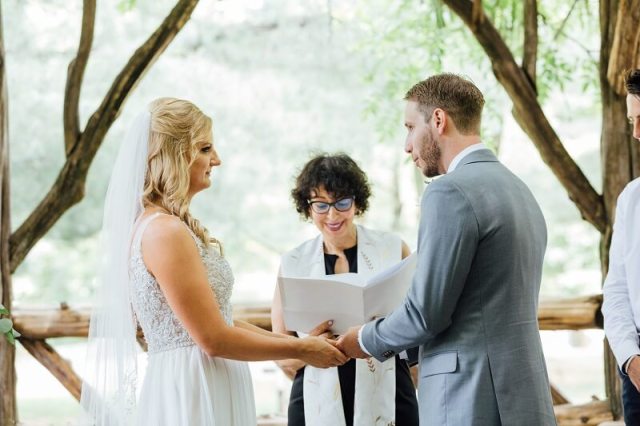 I asked where their favorite wedding photos were taken, “I liked the photos in and around Cop Cot where we had the ceremony, and beside Bethesda Fountain,” Emily said. “I think the fountain is just one of those iconic spots in Central Park,” she added. I agree. Any wedding photo taken beside Bethesda Fountain, framed and hung on your wall is instantly recognizable at Central Park. 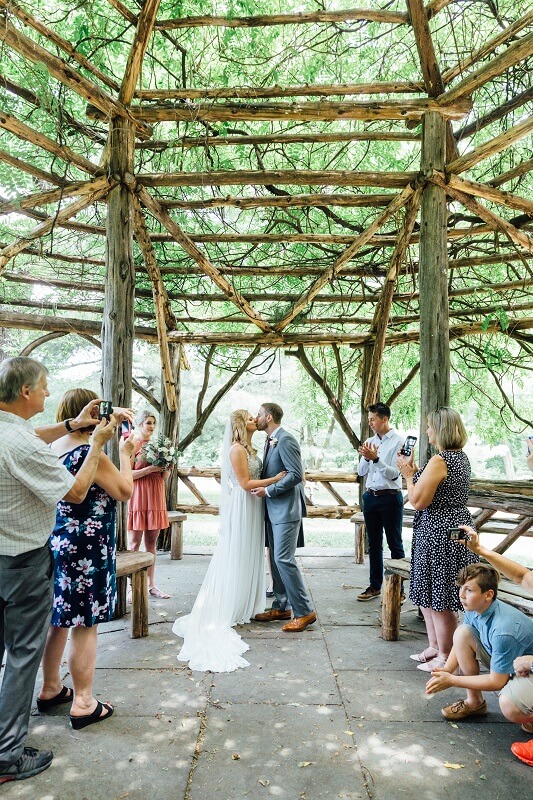 Emily’s Dad gave her away for the ceremony, and we had a short introduction before they said the traditional vows and then exchanged rings. “Our ceremony was short and to the point,” said Emily, “that’s the way we like it. We aren’t great with public speaking”, she explained. We write all the ceremonies with each couple – some want a long ceremony with several readings and an outpouring of emotion, and some (like myself when I got married!) like to say as little as possible. We can fit in with whatever a couple prefers – that’s the beauty of writing a unique ceremony every time. 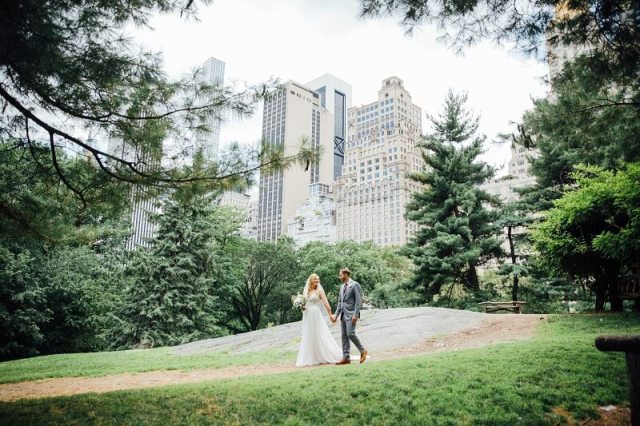 I asked what their guests thought about where they chose to get married. “Everyone thought that it was a beautiful place to get married,” Emily told me. “A lot of our guests were excited because they have never been to New York City before,” she added. 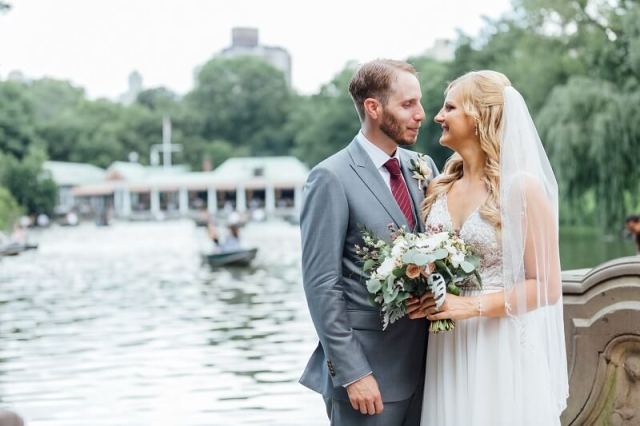 Their wedding took place in the morning, which is a sensible choice in July to keep everyone fairly cool, and for good photos. We find that the light is better and the guests aren’t squinting in the bright light as they would be for a mid-afternoon wedding in high summer! 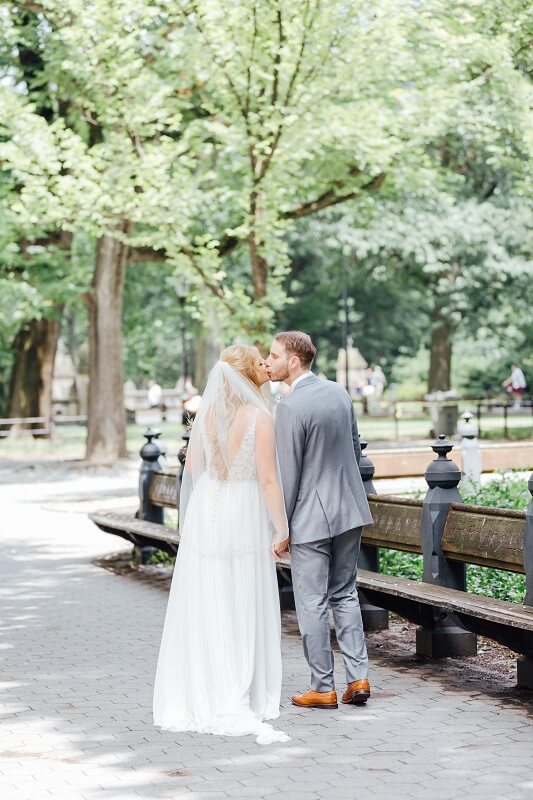 Emily wore a classic, flowing wedding gown with beaded bodice. She had found a picture of it online and found a store that carried a sample of it, then she bought it. We had a bouquet of flowers delivered to her hotel with nigella, waxflower, veronica, scabiosa, cornflower, corncockle, etc filled out with sprays of loose greenery such as parvifolia, dusty miller and seeded eucalyptus. They used Beauty Entourage who came to the hotel to do their hair and makeup. 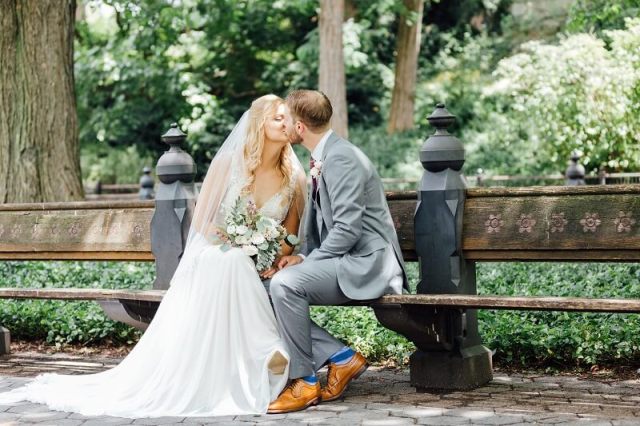 After the ceremony and some photos around Central Park, Emily and Chris had a rather non-traditional reception. They went to the Yankee Stadium to watch a Blue Jays vs Yankees game in the Audi Club. They took all of their guests on a party bus to the stadium. 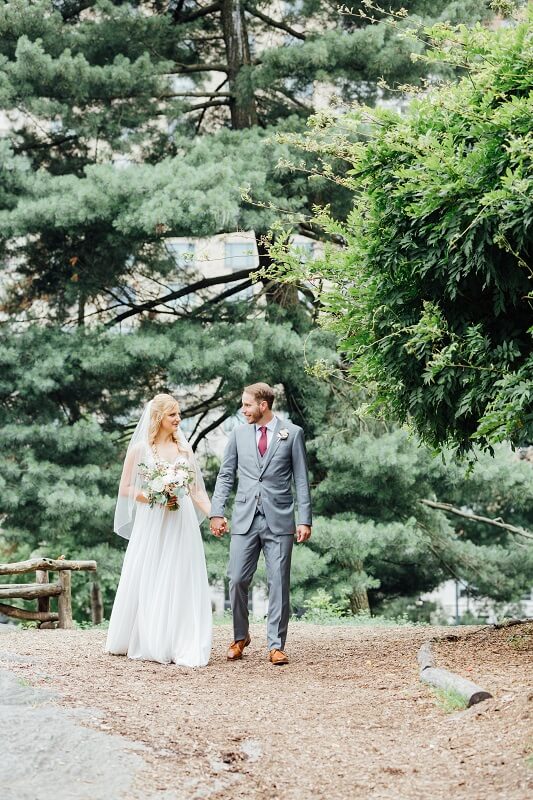 I asked them if they had any regrets about not choosing the traditional large wedding close to home and they said absolutely not. Emily said that in general she thinks destination weddings are becoming more popular for good reason. “People are customizing weddings outside of the traditional wedding to suit their personalities and interests,” she told me. 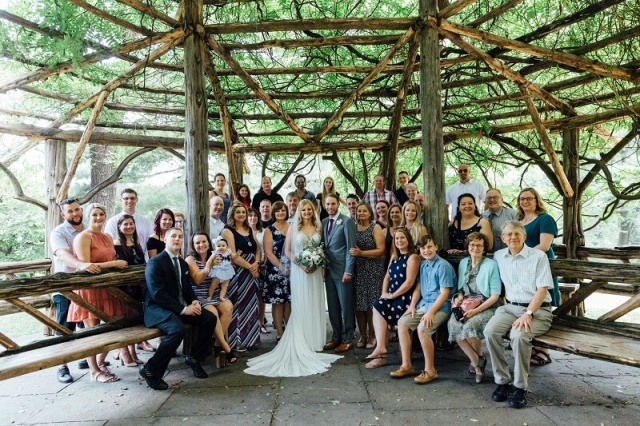 I asked if they had any thoughts on getting married in Central Park that they would like to share with any couples who might be considering doing the same as they had. “It was a great experience! It was easy to plan, turned out beautiful and wouldn’t change a thing,” said Emily. “Wed in Central Park made planning our dream wedding so easy. Claire was so helpful and knowledgeable. She was very fast with responses which made it easy to trust that all things would work out well and we had nothing to worry about. The officiant was lovely and the photographer took amazing photos. Thank you for everything!” 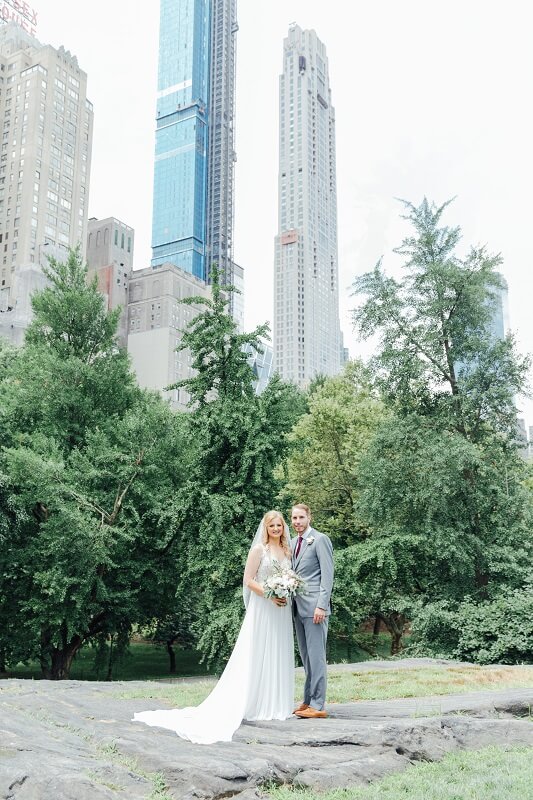 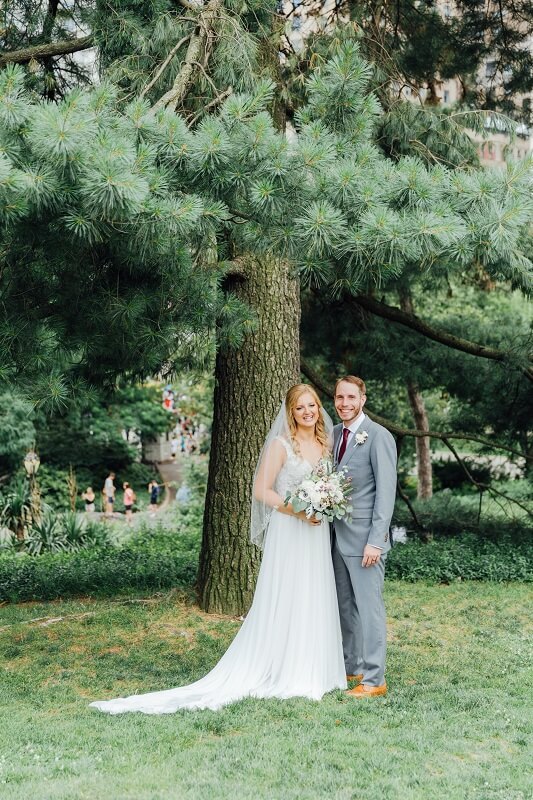