Anna and Michael’s Intimate Wedding in the Shakespeare Garden

Posted on February 18, 2019 by wedincentralpark

Anna and Michael came over to New York from their home in Australia to get married in Central Park in June. The ceremony took place in the Shakespeare Garden.  They met five years before they got married at their local gym but it was not until many months later that they became a couple, mainly out of respect to Michael’s children from a previous relationship.

The couple got engaged in Byron Bay, one of their favourite places in the world. It was also considered as a location for their wedding, before they eventually decided on New York. 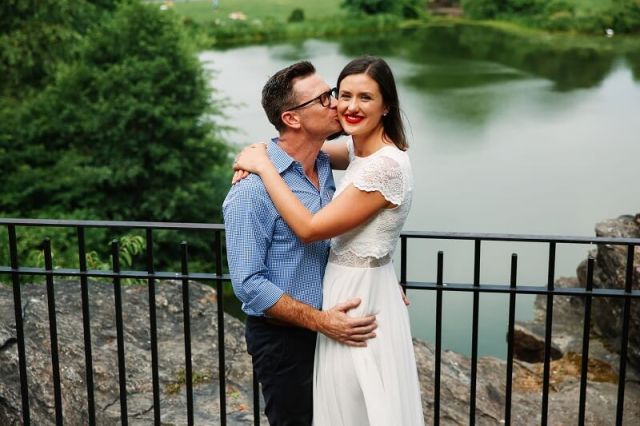 Theirs was a super-chill, laid back wedding. They had the ceremony at 3pm and they had only four guests. They chose to get married in New York partly due to the size of both their families and circle of friends. The idea was that a small wedding would be much more about them as a couple. They got the best of both worlds, because they threw a big party on their return home. The original plan was just for Michael’s kids to be there, but in the end Anna’s parents came long, too. So, halfway through our planning they doubled in the guest list!

The Shakespeare Garden is lovely at this time of year, and all the flowers are blooming. It is designed to evoke Shakespeare’s England, and features hundreds of plants mentioned in his works, and contains ten small bronze plaques that feature Shakespearean quotes referencing horticulture. 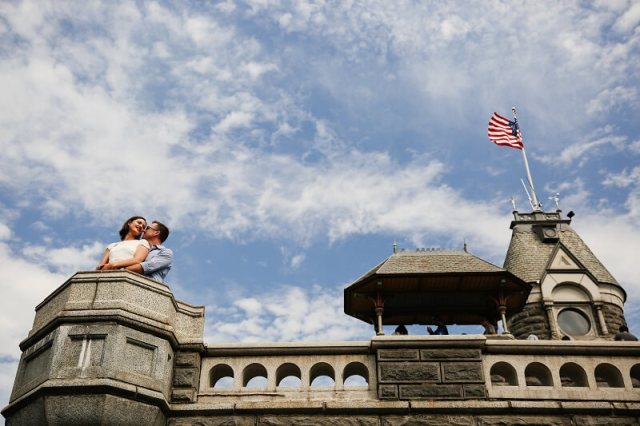 Usually we have the groom and guests meet the officiant at the wedding location and the photographer meet the bride and walk in with her. But Anna and Michael decided that the whole party should arrive together, with them being a small group. So, our photographer met them all at the entrance to the park, while our officiant waited for the whole party on the wooden platform in the Shakespare Garden.

There are a couple of good options for a ceremony location in the Shakespeare Garden. One is the big stone bench at the top, known as the Whisper Bench, it is at almost the highest point in the garden, so has sweeping views of the meandering pathways, rustic, rough-hewn wooden fences and benches and flowers. This curved bench gets its nickname from a fun trick: whisper into one corner of the bench, and the sound of your voice will travel to the other side for someone else other person to hear. Another lovely spot for a very small wedding is the wooden platform at a lower level in the garden. This is where Anna and Michael chose to get married. They way up to the platform begins with stone steps, then wooden steps, before you get the platform, which has two wooden benches.

Michael’s children did a short reading each, the first was; “People are like cities: We all have alleys and gardens and secret rooftops and places where daisies sprout between the sidewalk cracks, but most of the time all we let each other see is a postcard glimpse of a skyline or a polished square. Love lets you find those hidden places in another person, even the ones they didn’t know were there, even the ones they wouldn’t have thought to call beautiful themselves.” by Hilary T Smith.

The second reading was; “If you do not believe that hearts can bloom suddenly bigger, and that love can open like a flower out of even the hardest places, then I am afraid that for you the road will be long and brown and barren, and you will have trouble finding the light. But if you do believe, then you already know all about magic.” By Lauren Oliver. 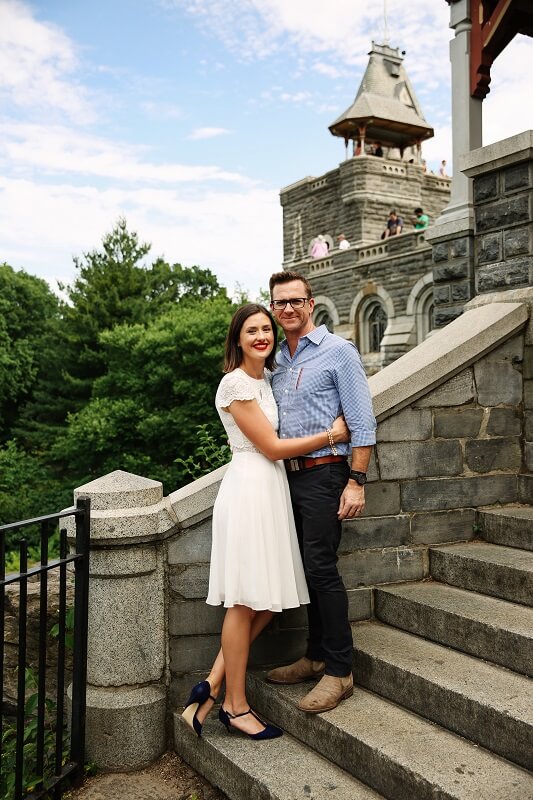