Posted on May 8, 2018 by wedincentralpark Diana and Aaron eloped from their home in Canada to get married in Central Park on 1st July, which is Canada Day.  Since it was just the two of them, we needed to provide a witness to their wedding.

We arranged for their flowers to be delivered to their hotel, the Crowne Plaza in Times Square.  Diana carried a bouquet of roses in cream shades and creamy off-whites with no greenery, and Aaron wore a boutonniere to match.  Diana had originally planned to have white roses with lilies in her bouquet but then she found a dress she loved in a creamy off white at BCBG Max Azria.  So, we changed the order to complement her beautiful dress.

They wanted to have lunch after their ceremony, so we planned for a morning wedding, when we hoped it would be a little cooler than the afternoon.  They had requested that we capture a photo of them in the wooden structure at Wagner Cove from across the other side of the water, so we made sure to do that. 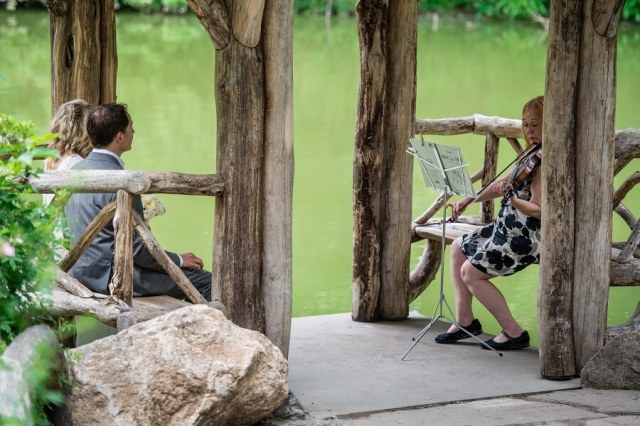 The couple arrived together at Wagner Cove, their ceremony location.  We had our photographer, Jakub Redziniak, meet them at the entrance to Central Park and walk in with them.  As they arrived, our violinist played Pachelbel Canon while the photographer took some photos of the couple in their wedding ceremony location.

Diana had asked us in advance if we could surprise Aaron with the violinist playing the song “Falling Slowly” from the show Once.  It is one of their favorite shows and they say it together on a previous visit to New York.  So, the couple sat on the small bench inside of Wagner Cove and the violinist played this piece for them, which they sat and relaxed and thought about the promises they were about to make to each other.

After taking some photographs around Central Park, including some drinking a champagne toast at the Tavern on the Green, the photographer left them and the couple went on to the Boathouse for lunch. 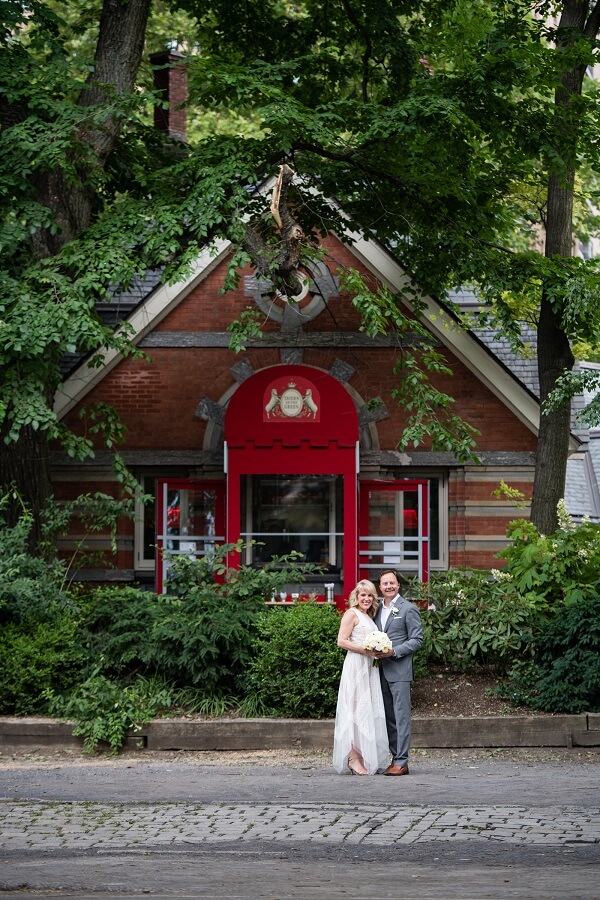