Posted on January 15, 2018 by wedincentralpark Kelly and Ivan got married in the Ladies’ Pavilion last June. They met online through match.com and had been together for seven years before they got married. They are parents to Emmie, who is now two and a half. She was their only guest at their wedding.

They got engaged in the September before their wedding. “We had talked about getting married for a long time, and we chose an engagement ring on a shopping trip for my birthday in September,” Kelly told me. “We went to visit Highclere Castle, where they film Downton Abbey and Ivan got down on one knee outside the castle. It was so lovely!” she said. Kelly’s mum, her partner Steve and their daughter Emmie were with them at the time. They had already shared the strong bond of parenthood, but it was important to Kelly to have the same last name as her daughter, and they both wanted to formalize their relationship and secure the family unit with marriage. 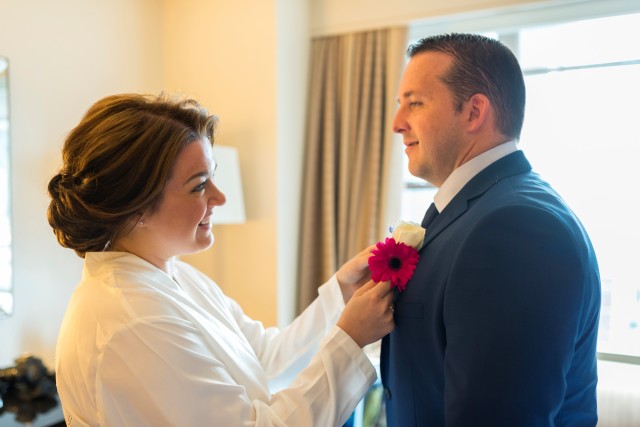 It was always Kelly’s dream to get married in New York, so as far as she was concerned it was the only option. She saw an episode of “Don’t Tell the Bride” years ago where a couple got married there. I really must look up that episode and watch it myself! “I was so happy that Ivan agreed to get married there!” said Kelly. Kelly has visited New York ten times now, but Ivan had never been before they got married.

They knew that they wanted a small wedding – Ivan is from Zimbabwe, where his family still live and Kelly’s parents are divorced and don’t get along, so a big wedding with all their family would have been difficult. Kelly contacted me to help her to plan the wedding, and decided to book their own photographer, rather than have me do it. Kelly set up a Facebook group called New York Wedding to provide a forum to discuss all the options that New York offers. “It has become so very popular and in just a year and a half it has nearly four hundred members!” Kelly told me. I am one of those members, from my personal account, and I do post on it sometimes but I try not to use it to put the hard sell on everyone there because I do think it’s a great place for people to discuss their plans and make recommendations openly. “I am so proud of the Facebook page!” Kelly said. “I think getting married abroad especially in New York has become extremely popular,” she added. 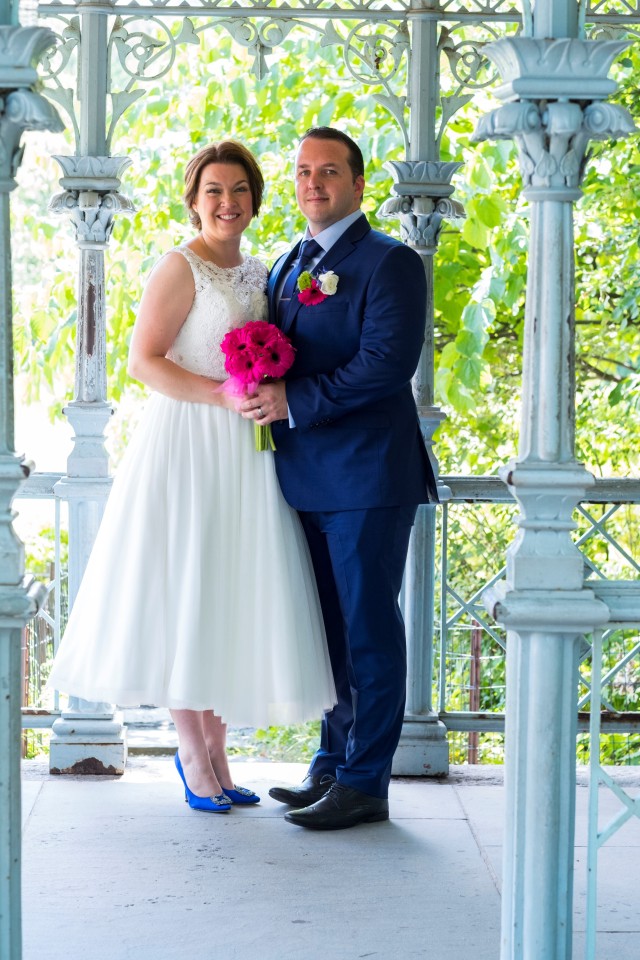 Kelly is always keen to encourage others who are considering a destination wedding in New York, whether it be Central Park or elsewhere in the city. She and Ivan have talked about their wedding location choice since coming home, and they frequently say that they wouldn’t do it any differently if they were to do it all over again.

I asked Kelly if she had any worries or concerns about getting married in Central Park or New York. “Not at all, if anything I was just excited in the lead up to it. You put my mind at ease Claire with everything organised your end and when you messaged me in detail with the goings on it always put my mind at rest,” she said. Well done Kelly to be able to relax and enjoy it all! And I think it shows in the photos.

On the day of their wedding they had a fairly chilled morning until the hair and makeup artist arrived, then Ivan took Emmie out for breakfast while Kelly got ready. Their ceremony was held in the Ladies’ Pavilion, and they took lots of photos there. 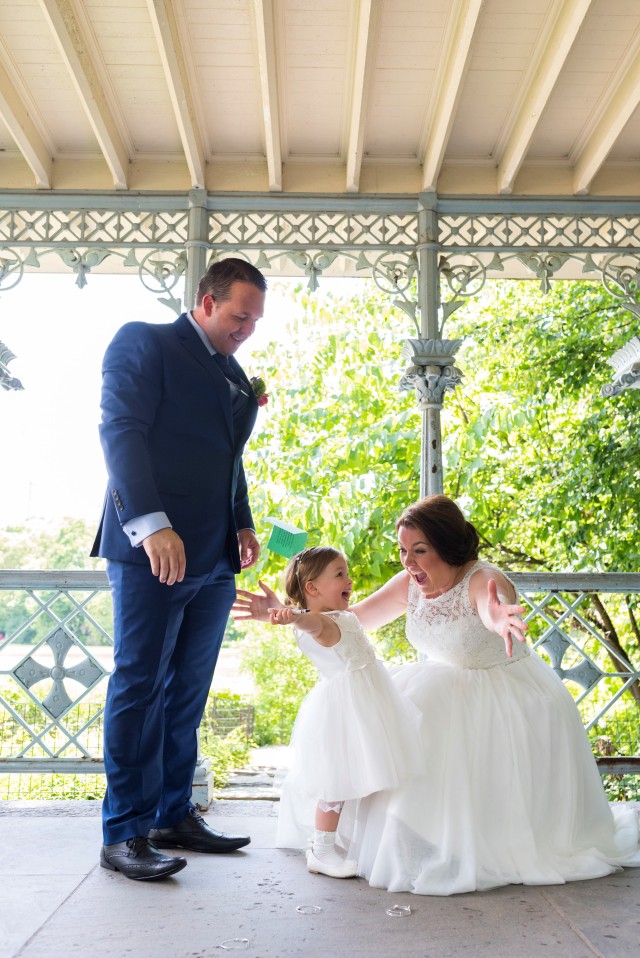 Their wedding ceremony was fairly short and sweet, since it was just the two of them and a toddler. They wrote some vows to read to each other from a card, but Kelly said that she can’t really remember what they did say to each other now! Kelly chose a shorter-length dress so that she could show off her royal blue Manolo shoes. She found it quite quickly from a bridal shop near her home in Cheshire in the UK called 7th Heaven. She carried cerise pink gerberas. Their photographer had recommended someone to do Kelly’s hair and makeup.

After the ceremony, their photographer from Jasmine Photo took them for more photos at Bow Bridge, Bethesda Fountain and Terrace and then the Top of the Rock. “The Top of the Rock was a highlight for me, having the backdrop of Manhattan in our photos,” said Kelly. I love that view, too. I love that you can just about spot the Ladies’ Pavilion from up there!

After their photos they returned to the hotel to get changed before going to Little Italy for a meal at Kelly’s favorite restaurant. Her godmother had rung the restaurant ahead of them and paid for prosecco on arrival, which is a lovely touch for someone getting married far from home. “We went back to our hotel and friends of ours had arranged for a box of twelve Krispy Kreme donuts to be delivered to our room along with a bottle of champagne from our hotel!” said Kelly. On this visit they stayed at the Grand Westin on East 42nd Street, “we couldn’t recommend it more highly, the staff were incredible,” Kelly said.

I asked Kelly if she had any last thoughts to share and she said “we highly recommend Claire! She made the whole process an easy one and with instant communication whenever we needed it made it a breeze to organise! Thank you again.” Thank you for sharing your story, Kelly and Ivan! I wish you lots of love and luck for your future together with lovely Emmie. For more information to help you with planning your own Central Park wedding, visit our website, or “like” us on Facebook, follow us on Instagram and follow us on Pinterest where you will find lots of lovely photos and many more inspiring stories of real weddings. If you are considering getting married anywhere in New York, why not join Kelly’s Facebook group for some really helpful discussion and recommendations. 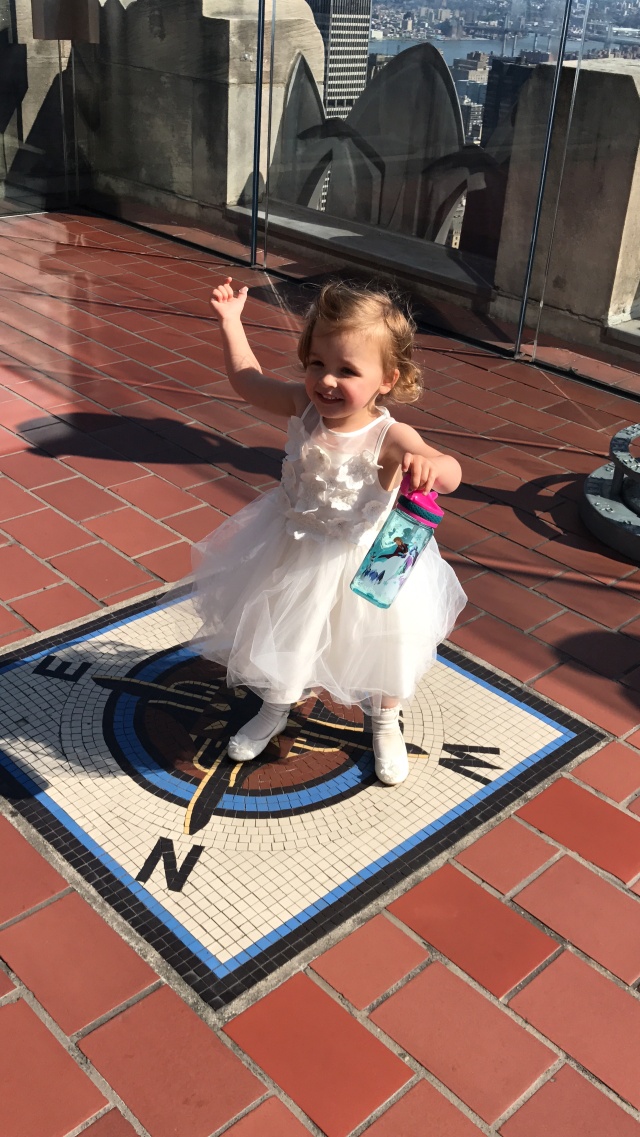