Donna and David’s Wedding in Wagner Cove in September

Posted on December 27, 2019 by wedincentralpark Donna and David brought a small group of loved ones over from their home in Scotland to get married in Wagner Cove in September.  They got engaged in New York when they were visiting in 2014.  David popped the question at the Top of the Rock. 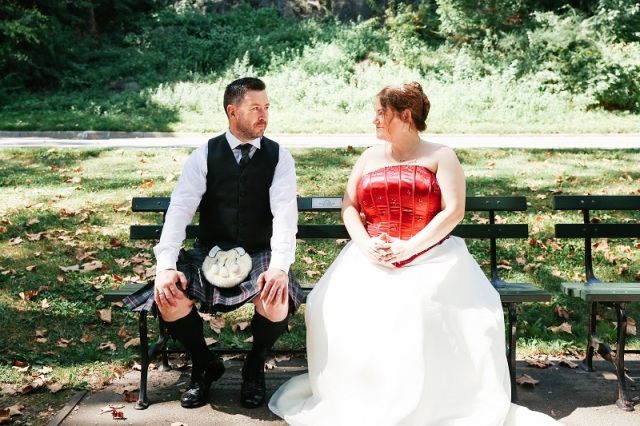 The couple had been together for thirteen years and they just felt that this was the right time for them to get married.  They knew pretty much straight away after they got engaged that they wanted to get married in New York.  “We did discuss a beach location but that wasn’t really us,” said Donna, “and we also considered keeping it simple with a wedding at home in a registry office,” she added.  Of course, New York won.

Donna and David are completely happy with their choice of an almost-elopement!  “I think eloping is becoming more popular, it takes away a lot of the stress,” Donna told me.  “I don’t regret not having a traditional wedding at home, and if I was to do it again I wouldn’t change anything,” she added.

They decided on Wagner Cove for their wedding location after checking out our ceremony location suggestions on the website.  “Wagner Cove looked so private, peaceful and beautiful, perfect for our small wedding,” said Donna.  Wagner Cove was also the place where her favourite pictures were taken. 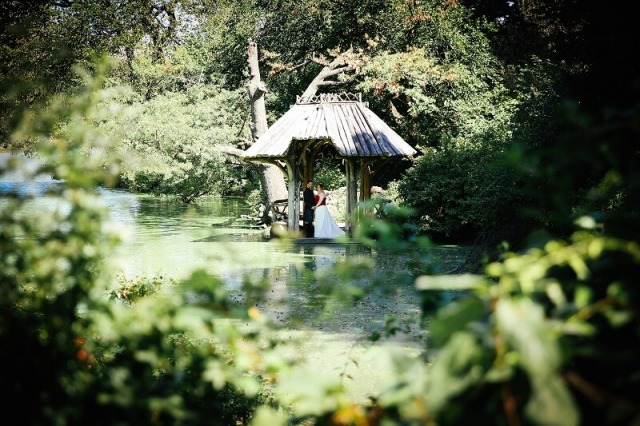 Donna and David stayed for five nights in the Doubletree by Hilton hotel in Midtown, “the hotel was in a good location and perfect for what we needed it for,” said Donna.  “The staff were nice and very helpful,” she added.

Their guests were Donna’s sister and her husband and Donna’s cousin and her husband.  The couple’s seven year old son was also with them.  They both have older children from previous relationships who were not able to attend, so they had a party on their return home – enjoying the best of both worlds! 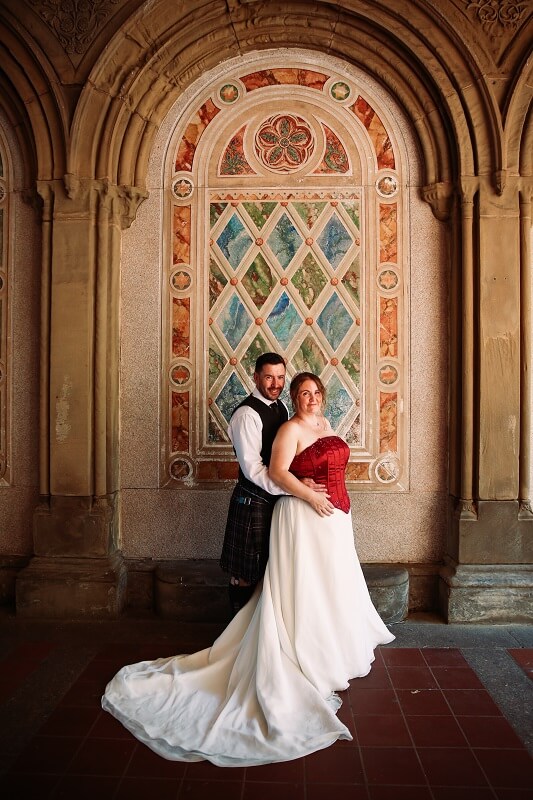 We kept the ceremony fairly short and sweet, with the officiant talking a little about how they met (at a New Year’s Eve party!) and about their relationship to date and of course their kids.  Then they said traditional vows to each other.  “The ceremony was lovely, and very relaxed,” said Donna.  “The officiant was lovely and everything went exactly to plan,” she added.

After the ceremony they took some photos around Central Park and then went to the Boathouse for lunch.  “The Boathouse was beautiful and I am so glad we chose to go there,” said Donna.  After lunch they took a taxi back to the hotel, got changed, then headed out to Madame Tussaud’s.

Thanks for sharing your story with us, Donna and David, I wish you and your family lots of luck for the future.  If you would like me to help you with planning your own Central Park wedding, whatever the no matter how big or small, visit our website, or follow us on Pinterest where we pin New York or wedding-related items, “like” us on Facebook, and follow us on Instagram for beautiful photos of newlywed couples in Central Park and around New York City.