Posted on October 3, 2017 by wedincentralpark

Rafael and Becca had been together for two years when he proposed to her at the Wollman Ice Rink in Central Park last November. They had met at the engagement party of Becca’s brother and Rafael’s cousin. Both of their families had suggested that they would be very well suited to each other and had played a bit of a matchmaker role in their meeting.

They were both born and raised in Massachusetts and live there together now, but when they met Rafael was living and working in New York City and Becca was in Massachusetts. They would travel to see each other on weekends and holiday and many of their early dates were in New York. Rafael said that one of their most memorable early dates was at Wollman Rink in January so it was a special place for them.

They are both good skaters so Rafael’s plan was to go skating for a while and then propose to her on the rink. He had invited some of their friends and family along to join in the celebrations so they would be in hiding along with our photographer, who would capture some pictures paparazzi style, until Becca (hopefully) said yes and Rafael could surprise her that everyone was there.

I contacted the manager of the rink and he was extremely helpful with all my questions on the specifics of when they clean the ice and various other questions that allowed me to make a clear plan of who should be where and then, so as not to spoil the surprise. The manager suggested the quietest time of day at the rink would be the best time to do it. He was so great, and nothing was too much trouble for him. Rafael’s sister was an important part of our plan, she made sure that the friends and family along to witness the proposal arrived in good time and were safely hidden out of sight.

Rafael wanted their special song; Jason Mraz’s The World as I See It playing as he proposed. We arranged for the manager to play another song they liked before that, Ed Sheeran’s Thinking Out Loud, so that Rafael knew that their song was coming next. Then their song came on and he got down on one knee. Our photographer managed to capture the proposal, but it’s a tricky thing to get right – if they’re not at the right angle you can’t just ask them to move! You can see in the photos as the people around the couple realize that Rafael is popping the question!

And of course Becca said yes! Why wouldn’t she want to marry someone as fantastic as Rafael, who had put so much effort in to getting this right?! By then their friends and family had moved so that he could point them out and they could give them a round of applause! The original plan was for just a few of their nearest and dearest to be there for the proposal, but in the end they had twenty-two friends and family that were in on the surprise and there at the rink to help them celebrate.

The Wollman rink opens late October and closes early April, each year the dates will be slightly different. At the time of writing, they open seven days a week at 10:00am, with closing times of 2:30pm Monday and Tuesday, 10:00pm Wednesday and Thursday, 11:00pm Friday and Saturday and 9:00pm on Sundays. Check the website for skater and spectator entry and skate rental prices as they may change over time.

The carousel nearby is also a great place for photograph opportunities, some of our bride and grooms have had photos taken there. It is also open seven days a week, from 10:00am until 6:00pm, weather permitting. 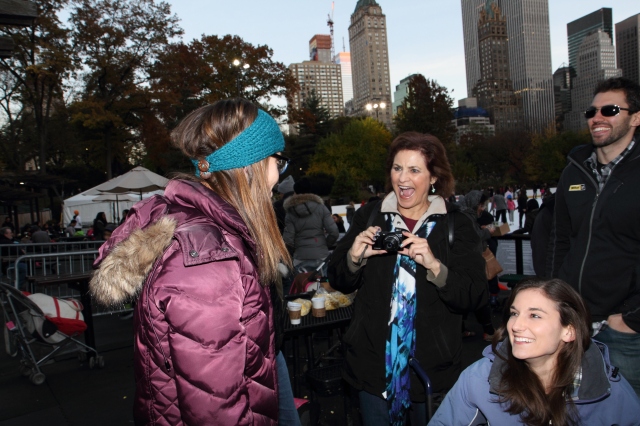 If you are considering a marriage proposal in Central Park, or another outdoor location in New York City, contact me if you think you might need some help.  My prices are pretty flexible on proposals, because everyone seems to need very different levels of support.  For a little more information on what we can offer, check out the website. 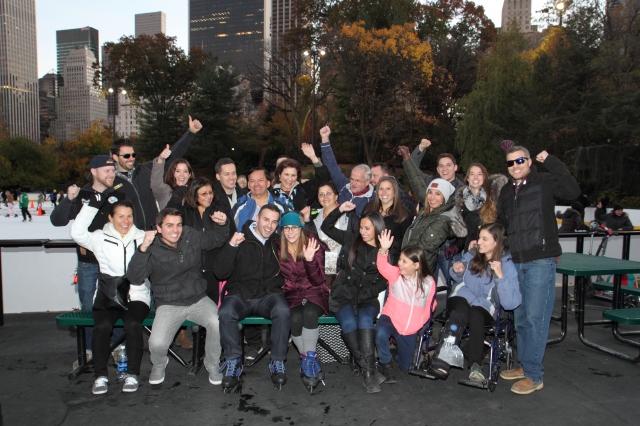